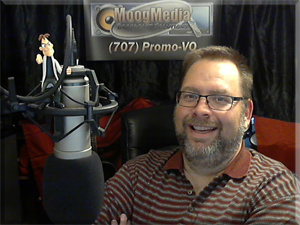 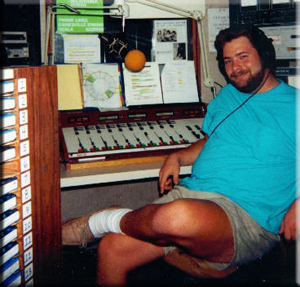 Tom began his radio career in 1989 in Hendersonville, NC at daytimer WTZQ-AM. Since that time, Tom has worked in several markets and has been the production and imaging director at nearly all of the stations where he has worked. In 1998, Tom left his job at Curtis Media’s WKIX-Raleigh/Durham to start providing voiceovers on a full time basis. WKIX continued to contract Tom to produce the stations Imaging until 2000. There is no question that he understands the needs and demands of radio imaging.

Today, Tom provides imaging and voiceover services to many radio stations, television stations, ad agencies and cable networks. He has clients in small and major cities alike including Myrtle Beach, Hartford CT, New York City, Dallas/Fort Worth, Nashville TN, Albuquerque NM, Roswell NM and can be heard in many markets in between. Overseas, he can be heard in Trinidad, Tobago and Japan. His roster contains clients who have been using his service since the beginning in 1998.

Tom got married in 2002 and Moved to a rural North Carolina town. He has 5 children – 2 boys and 3 girls. They enjoy spending time together camping, going to the beach, riding their bikes, swimming or just relaxing at home. Tom has been helping to protect his community by serving on the Cypress Pointe Fire/Rescue Department as a volunteer firefighter since 2006 and is a licensed amateur radio operator (N4KCN). His 11 year old daughter and wife are studying to earn their amateur radio licenses as well.